Bloq, the company I co-founded with Jeff Garzik, has some exciting news.  We are launching metronome, a new token/cryptocurrency that will do big things for blockchain technology!  You can learn all about it in the article from Coindesk below, and stay tuned for more news on this.  You can also learn more about Bloq and metronome by visiting our websites Bloq.com and metronome.io

Call it a statement on the times, but Bloq CEO Jeff Garzik isn’t exactly expecting a warm reception from some circles to the news his startup is launching a new token.

Long a controversial figure at the center of the debate on how best to scale the public bitcoin blockchain, Garzik’s company is today announcing what it believes will be a solution to the infighting he perceives as keeping money out of the established cryptocurrency market.

Revealed at Money2020 in Las Vegas, Bloq is unveiling metronome, a cryptocurrency that seeks to claim a series of firsts in crypto-economics, including offering users the ability to switch the same token back and forth between blockchains as desired.

“It’s sort of a best-of-all-worlds cryptocurrency,” Garzik said, describing it as a “boxcar” that could ride on top of any compatible blockchain.

“You can run it on the etheruem, ethereum classic, quantum. That’s one of the key ways that this is self-governing, for the first time, you’re not tied to a single blockchain, you can run metronome contracts on any EVM compatible blockchain.”

As for how it will impact the Bloq business model, today focused on enterprise services, Garzik and co-founder Matt Roszak indicated they believe the project is consistent with the firm’s “multi-token, multi-network” vision for blockchain development.

Launched in 2016 with the goal of bringing Red Hat-inspired services to bitcoin, Garzik echoed a familiar refrain in an interview, voicing his belief bitcoin is still destined to form the “root of an Internet of blockchains,” others of which may have different use cases and attributes.

In this light, Garzik framed metronome as seeking to offer a utility to those who want a more reliable store of value and foundation for distributed applications.

“We feel that there is a consistent demand for a cross-chain option. I point to the major uncertainty of proof-of-stake and proof-of-work, where the proof-of-stake system is going to change the money supply, but [ethereum] hasn’t stated how much it will change,” he said.

That said, Garzik said metronome isn’t exactly a bid to replace the prevailing public blockchains available on the market, so much as to tailor them to a different audience.

“You can expect the bitcoin maximalists’ from the ethereum maximalists’ reactions, but it’s building on the strength of existing blockchains, it’s not trying to elbow them aside,” he said.

But if some of the more acrimonious debates in the cryptocurrency world seem besides the point, Garzik’s involvement appears to have left him with inspiration for his latest work.

As outlined in the metronome white paper, one of the chief selling points of the token is that it boasts “zero founder control” after its launch, and as such, is resistant “to the whims of individual or community discord” by functioning as a series of smart contracts.

All told, metronome is comprised of four types of smart contracts, which allocate the distribution of new tokens, regulate supply and liquidity and move funds between accounts.

Praised as a feature by the Bloq team, Roszak believes this sophisticated automation will encourage large investors who have yet to put money into public cryptocurrencies for fear of the seemingly erratic decision-making by developer groups to do so.

“When they analyze cryptocurrency, the analysts engineers and economists sitting at the committee, they’re saying they pick the top two – bitcoin and ether. Then they say, well there’s forks, ‘civil wars,’ ‘proof of Vitalik,'” Roszak posited. “They’re cryptographically secure but these components create surprise and risk.”

In contrast, Roszak framed the Metronome token as “fixed and locked in stone,” attributes he suggested should counter these concerns.

However, Roszak seemed to shirk the idea that the nascent state of blockchain technology could pose problems given the fixed nature of the distribution system of the cryptocurrency. Rather, he sought to stress that while the monetary network is set, flexibility will be provided in the ability of the token to port the system between blockchains.

“Having that rigidity of knowing exactly what the token does and behaves, that certainty, seeing that mintage curve, is not available in any other cryptocurrency,” he said.

Equally unique, however, is how the token will seek to operate on launch.

As described in its announcement materials, metronome is opening with an initial auction of 10 million MTN, with 8 million MTN being made available to the public and 2 million being set aside for Bloq as the principal development team.

Any proceeds of the sale will be sent to smart contracts that will manage the distribution of the funds, which Garzik said will distribute the proceeds “over decades” to metronome users.

As an example, there will be a stable allocation of new metronome tokens daily, with about 2,880 MTN created during the first 40 years.

Here, too, Garzik sees metronome as offering an innovation in a market where most cryptocurrencies are scheduled to reduce their supplies to zero.

“That’s one of the worries about the bitcoin-type supply curves, and it’s assumed and hoped that that will pay to sustain the system. But, that’s just a hope,” Garzik said.

Still, it’s here where metronome perhaps could run into issues similar to the ones it’s seeking to avoid in its design. Noted in the white paper is how certain groups could take steps to alter the supply rate.

“A consortium could agree to fork the MTN supply with a new MTN contract on the same or different chains, by exporting funds they control to the new fork,” the white paper reads.

That such decisions could also form the subject of infighting is not addressed in the paper.

Armed with this roadmap, Bloq is moving ahead on the launch of the token, setting a date for the first week of December for its token sale.

According to Roszak, the Metronome code has undergone three audits since it was first written, from Ethereum Foundation member Gustav Simonson; Demian Brener, CEO of smart contract review services provider Zeppelin; and Martin Swende, security lead at the Ethereum Foundation.

On release to the public, Bloq will aim to use a descending price auction model by which tokens become less expensive to purchase as the sale progresses.

Yet, it was the current state of the code that was perhaps the biggest selling point of a sale.

More and more industries and companies are adopting blockchain for various purposes across the globe.  One of the uses blockchain has the most potential in is trade finance.  That is why Bloq recently came up with solutions to streamline trade finance and supply chain management better.  Learn about our venture in the article below. 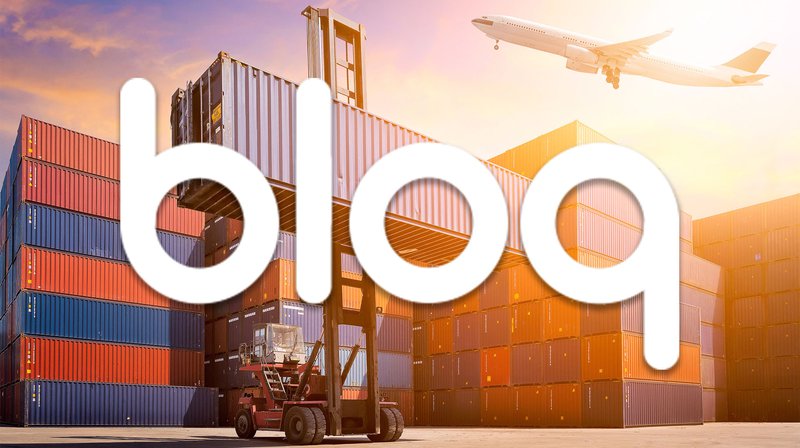 Bloq, a Chicago-based blockchain developer and software startup, is now developing blockchain platforms and best practices for one of the most promising use cases for blockchain technology: trade finance and supply chain management.

Interest in the use of blockchain for trade is growing rapidly as companies and organizations like IBM, Microsoft, Hyperledger, JP Morgan and Walmart recognize that antiquated trade systems are long overdue for a complete restructuring and that blockchain technology has the potential to revolutionize the systems that make up global trade.

A common problem with current trade systems is fraud. The trip from farm or factory to store shelves involves numerous opportunities to falsify shipping documents and alter shipping container records or contents with little accountability.

Nieusma is one of the authors of Bloq’s recently released white paper, “Accelerating Global Trade Processes with Blockchain,” designed to introduce their new project to develop a model blockchain network for companies involved in trade.

Alan Cohn, attorney and consultant and advisor to Bloq told us:

“Global trade is an area where blockchain can play a transformative role, not just for industry but also for government.”

Nieusma noted that Bloq believes that in the future, the most significant and valuable business systems, including trade, will run on blockchains.

IBM has recognized the potential of blockchain and trade. In partnership with seven European banks, it is building a pilot blockchain trade program with Hyperledger to enable companies like Walmart and Maersk to use blockchain technology to better track the movement of farm and factory products to the store shelves.

Microsoft is also building a model trade program using the Ethereum blockchain in a pilot project with JPMorgan.

Blockchain Tech and Trade Are a Perfect Fit

Trade finance and supply management lend themselves well to the particular advantages of blockchain technology. The Bloq white paper states:

Bloq plans to build a “permissioned, federated network” built on the Bitcoin blockchain that, depending on the client’s needs, will also support Ethereum and Hyperledger. Nieusma said:

“Bloq believes that the future is a multi-chain, multi-network world and that interoperability is a guiding principle in network buildout.”

The Bloq program will connect all parties involved in a trade including buyers, banks, sellers and transporters so that information about a shipment is distributed among all involved parties at the same time.

As the white paper states:

“Trade can be safer, more secure, and more profitable with less human error. We hope this discussion leads to an evolution in trade that benefits all stakeholders.”