Many Americans have a least some money invested in the stock market, mutual funds or businesses.  For those who know investing well know that expanding a portfolio can be advantageous.  This is where Blockchain comes in.  Did you know you can invest in certain companies that have invested in Blockchain technology?  If you do, you are, in turn, exposing your portfolio to Blockchain!  Learn what some of those companies are and how you can begin dipping your toes in the Blockchain pool.

How to Slip Some Blockchain Exposure Into Your Portfolio 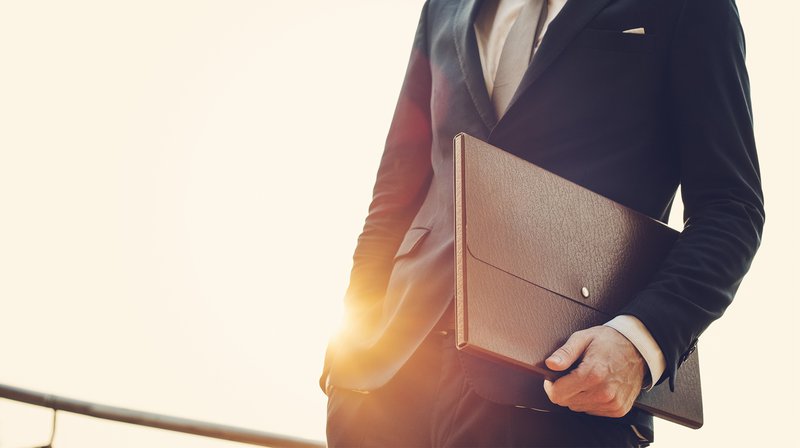 Over the past year, there have been fortunes made with winning investments like bitcoin, ether and ripple. And yet many people don’t know how to buy a single bitcoin. If you are new to digital assets, you may find it a tap dance just to get your money in, between digital wallets, online exchanges and questionable regulations. If you are perplexed by blockchain technology and feel more comfortable having your money in traditional markets, there are companies you can invest in to get the technology in your portfolio. Companies like IBM and Microsoft are betting heavily on blockchain tech, and are positioning themselves as leaders for the Internet of Everything.

Here are some familiar, publicly traded companies that have invested in blockchain technology:

Microsoft has been sponsoring blockchain technology and is now a founding member of the Enterprise Ethereum Alliance (EEA), along with dozens of other companies including J.P. Morgan and Toyota. The alliance was formed to create standards for Ethereum in business use cases and to collaborate for a blockchain-based online marketplace. Microsoft’s Azure cloud computing service platform also supports Ethereum, offering Blockchain-as-a-Service (BaaS) tools for app developers.

Quoted in the MIT Technology Review, Marley Gray, who leads Microsoft’s blockchain efforts, said, “We see a huge opportunity here. Enterprise-scale and enterprise-grade infrastructure is going to be vitally important for this financial infrastructure that will be woven using blockchain over these next few years.”

As Microsoft adds development tools and industry expertise, its early bets on blockchain tech should grow in years to come. The stock is now sitting at a 52-week high in the $72 range, with a trailing annual dividend of $1.53 per share.

With a different approach, IBM has joined Hyperledger in its foray onto the blockchain. Governed by corporations, Hyperledger has five blockchain and distributed ledger projects in incubation. The one that IBM is most invested in is called Fabric, a blockchain layer for enterprise solutions, which also has support from companies including Accenture, Airbus, American Express, CME Group, Intel and others.

Similar to the Microsoft Azure developer platform, IBM also offers blockchain building tools for corporations. Shares of IBM are now trading around $152, with a trailing annual dividend of $1.40 per share.

In 2014, Overstock.com started a VC fund to manage investments in firms leveraging blockchain technology. Named Medici Ventures, the fund now owns a 2.5 percent stake in Factom, which may become a leading data hashing company. And in April 2017, Medici invested $428,000 in Bitcoin company Ripio, a leading digital wallet and exchange in Argentina. Medici has also invested in several platforms related to equity trading.

Medici continues to invest in promising blockchain startups. The company’s stock is trading in the $14.50 range, with a market cap of only $363 million.

FastForward Innovations is a VC firm investing in emerging technologies. In 2015 FastForward made a £279,000 ($431,300) investment in Factom, which in 2016 was revalued at £560,000 ($709,800) after another successful funding round. The latter round included funds from well-known investor Tim Draper, who stated, “Governments also need better security from hackers, and the blockchain avails them of better security than they currently have. I believe that the Factom team has the opportunity and the potential to build a company greater than Oracle and Palantir and IBM combined.”

FastForward is also invested in digital gaming, wearable technology and online media. The company’s stock is currently trading at £12.65 ($16.24).

If you want exposure to bitcoin and only bitcoin, you can buy into the Bitcoin Investment Trust through your traditional brokerage account. A financial product of Grayscale, which is owned by Digital Currency Group, GBTC is meant to track the bitcoin market price on behalf of investors, who then don’t have to buy and safekeep bitcoins for themselves.

The fund’s bitcoins are kept in deep storage vaults with Bitcoin company Xapo, where they are protected by intense cryptographic and physical security. With $390 million in assets under management, the fund has a market cap of $882 million on Yahoo Finance. Recently, the price of the fund has soared above the market price of bitcoin, which shows an active demand for a bitcoin investment vehicle. Currently trading at $516, GBTC is up from $101 just six months ago.

Though not publicly traded, if you would like to dabble in digital assets but don’t know which projects to invest in, Blockchain Capital offers an interesting way to play this space. Calling themselves the “First Ever Digital Liquid Venture Firm,” Blockchain Capital invests in promising blockchain projects and the platforms that support them, and now has what looks to be a strong portfolio. Their holdings include industry leaders Blockstream, Bitfury, Coinbase, Ripple, ShapeShift, BitPesa and more.

What is unique about Blockchain Capital is that they have their own digital token called BCAP, which represents an indirect fraction of non-voting interest in their Digital Liquid Venture Fund. By buying the BCAP tokens, you will own a share of the fund of companies that Blockchain Capital invests in. When the fund released these tokens to the public earlier this year, the entire offering of 10 million BCAP sold out in less than six hours, raising a total of $10 million USD at $1 per token. Today the token trades on Liqui.io for $2.25.

This article is for general information purposes only and should not be taken as investment advice. Investors should conduct their own due diligence and consult with a qualified tax/investment professional before attempting anything described in this article.

The Efficiency of Smart Contracts and Blockchain Blockchain in Health Care?
Scroll to top