The next five years of blockchain developments and use could be extremely progressive and forward-moving.  Predictions have been made in a study called the Wealth ad Asset Management 2021: Preparing for Transformative Change.  Part of the growth predicted would be due to technology advances and also to likely overall growth of the industry in general.  Read more about this report in the article below.

Wealth and Asset Management Report Predicts Blockchain Use by 2021

A new report from Roubini ThoughtLab has found that over the next five years blockchain use is set to grow by 43 percent.

Teaming up with a coalition of leading organizations from the wealth industry, Roubini ThoughtLab conducted a study, titled Wealth and Asset Management 2021: Preparing for Transformative Change.

The research looked at extensive quantitative analysis from 2,000 investors and 500 wealth firms across 10 world markets. It also looked at economic modeling and forecasting across 25 countries and expert opinions from over 40 market leaders, economists, technologists and investment specialists.

According to the report, broad based changes in the finance industry are upon us. This can be witnessed in the rise of women investors in North America and the growth of the middle class in emerging markets. At the same time, artificial intelligence, virtual reality, blockchain, and real-time analytics are a few of the smart technologies that investment providers are embracing.

As a result, it is predicted that by 2021, the convergence of these smart technologies will produce a huge impact on the wealth profession, unlocking the doors of global wealth across a diverse universe of investors. However, with a fast-paced marketplace, it is important for investors to understand their customers’ needs and behaviors, and make the necessary technology changes to meet their requirements.

Bob Reynolds, President and CEO of Putnam Investments, commented in the report that ‘the business moves in cycles, and some are severe.”

Even for experienced professionals the market can be a particularly difficult place. Consider the Great Recession of 2008, which saw industry leaders having to navigate their companies through a debt crisis, a market slowdown, and a drop in oil prices.

As a consequence, economist Dr. Nouriel Roubini said in the report that “mediocre growth and low interest rates have become the new normal.”

However, while Roubini believes that a storm is looming, there are others who think that the biggest market upheaval will originate from within the industry.

“The wealth sector is going through a tremendous, fast shift,” said Dirk Klee, Chief Operating Officer of UBS. “Not because of regulation or low interest rates, but from customers and their desire for a digitally enabled experience.”

The report found that only 11 percent of firms and 31 percent of digital leaders have systems in place for monitoring next-generation technologies. In a bid to meet customers’ needs, it’s important to stay ahead of the game by catching new trends early.

The most influential technologies to watch are the fast-growing, smart technologies that can enhance a customer’s experience and put one firm ahead of another. Technologies targeted for growth by 2021 include artificial intelligence at 128 percent, telematics at 72 percent, blockchain technology at 43 percent, and geospatial/location-based technology at 26 percent.

Alex Tapscott, Founder and CEO of Northwest Passage Ventures, states in the report that blockchain is a game changer for the wealth profession. However, speaking to Bitcoin Magazine, Spiros Margaris, venture capitalist and founder of Margaris Advisory, said that he believes blockchain technology will eventually be a game changer for some industries and could be a very attractive technology for the wealth management industry by cutting out the middleman and providing faster settlements at lower costs.

“However, in my opinion, it’s over-hyped in its role as the magic bullet that will bring huge benefits and savings wherever it is applied,” he added.

Instead of blockchain, artificial intelligence (AI) and the Internet of Things (IoT) are predicted to be more transformative for fintech by 2021. According to a Forrester Research report released earlier this month, it is these two technologies that will provide fintech companies with a bigger opportunity to grow, helping to expand customer engagement levels over the next five years.

Margaris agrees, stating that companies seeking opportunities to grow and expand will see faster results by investing in AI and IoT compared to blockchain.

“We are at the early stage where the blockchain industry is still searching to find the best use cases for a mainstream adoption,” he said.

Blockchain was first outlined in 2008, but as a relatively new technology it has garnered plenty of interest, particularly among financial services companies. According to the report, 45 percent of providers say that they are now exploring blockchain, while 64 percent expect to expand their use in five years.

Of course, while there is a lot of interest in blockchain, the broader picture demonstrates that experimentation characterizes most of its current use, such as happens in technology accelerators, and that more needs to be done to increase its adoption.

“The more companies, from incumbents to fintech startups, experiment with proof of concepts for blockchain implementations, however crazy or useless they might seem at first glance, the faster we will see real advances and benefits happening,” Margaris said.

While blockchain use-case breakthroughs might not happen in the next five years, Margaris is of the opinion that the likelihood of this happening will increase due to investments made in the sector and the many participants who want to benefit from a possible breakthrough. 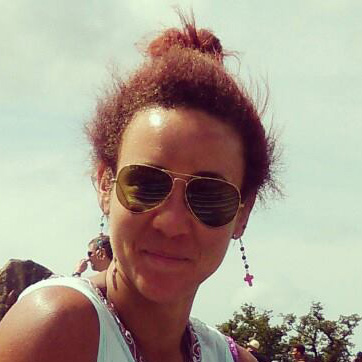 Bitcoin Goes to Space! Blockchains and Banks
Scroll to top